Are root canals painful? What you need to know

Back in the day, root canals were excruciatingly unpleasant. And it appears that we've been clinging to that belief for far too long.

So, how painful are root canals? Root canals are normally painless since endodontists now utilize local anesthetic to numb the tooth and its surrounding areas prior to the surgery. As a result, you should experience no discomfort during the treatment. However, minor discomfort and pain are common for a few days after a root canal.

It's critical to realize that root canals aren't painful and that you shouldn't avoid them out of fear of discomfort. In fact, the majority of people who require a root canal operation are already in pain, and the procedure aids in the relief of their agony.

In this post, we'll discuss what to expect during a root canal operation and when and if you should see your dentist if you're experiencing root canal pain. 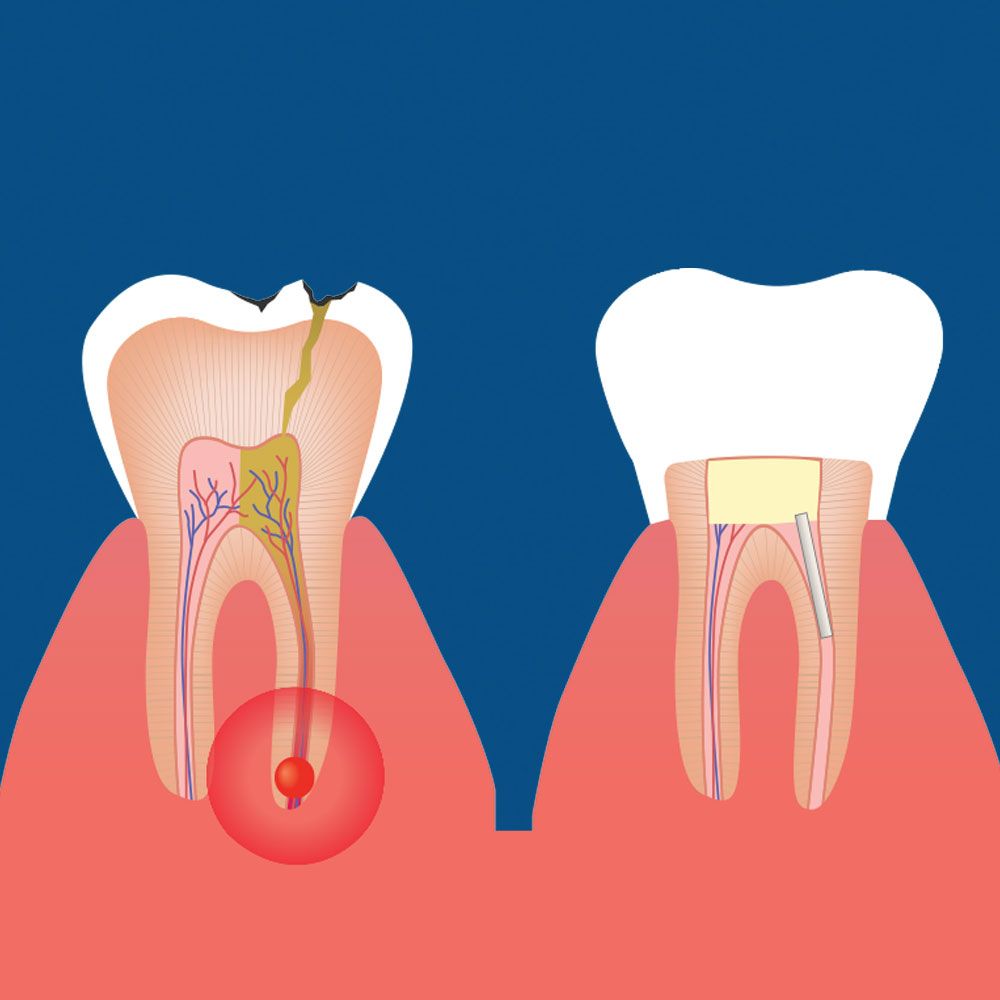 What is the procedure for root canals?

The phrase "root canal" refers to the natural interior cavity of the tooth in its strictest sense.

However, when we use the term, we don't imply that.

The word "root canal" refers to a dental operation that involves cleansing the tooth's internal cavity after it has become infected with bacteria.

According to statistics, root canal operations preserve 24 million teeth in the United States each year.

To perform a root canal, your endodontist will first take an X-ray to see if the procedure is feasible. They'll also be looking for symptoms that the illness has migrated to other parts of the mouth, such as the gums and other teeth.

If everything appears to be in order, your endodontist will proceed with the procedure. They'll start by putting a rubber sheet over the affected tooth to isolate it. This is referred to as a rubber dam.

After the tooth has been isolated, it will be drilled from the top to gain access to the inner pulp. The bacteria and sensitized nerves of the diseased tooth will be contained in this pulp, which will be removed by the dentist along with any debris.

The teeth cleaning procedure is critical to the treatment. It's also worth noting that if the tooth isn't properly cleaned from the inside, you may need to go back to your dentist for another root canal procedure.

Endodontists clean the root canal with special scrapers called "root canal files." There is no pain because the treatment is done under local anesthetic. During the procedure, though, you may feel some pressure on your teeth.

As previously stated, root canal surgery does not cause discomfort. It's common to experience some soreness for a few days.

Because the tooth and its surrounding nerves are still sensitive, this is the case. Let's look at some ways to deal with root canal pain.

Even if your Endodontist does not use anesthetic, you should not experience any pain throughout the root canal process.

So, if you experience any pain throughout the process, let your Endodontist know so that he or she can take steps to alleviate it.

The GentleWave® Procedure is an alternative to traditional root canal treatment. This new root canal procedure uses fluid dynamics and broad spectrum acoustic energy to clean and disinfect the root canal system better than ever before. Patients love it and describe it as more comfortable than standard root canal treatment. This minimally invasive procedure can more often be completed in just one session and is incredibly effective at cleaning & disinfecting the root canal system, so there’s less chance of failure over time.

AFTER THE ROOT CANAL PROCEDURE

Although the discomfort will be continuous, it will not be unbearable and can be readily managed with over-the-counter pain relievers.

While the pain is subsiding, you can also try some brief home cures for dental discomfort.

If all else fails, see your Endodontist for a prescription for stronger pain relievers.

Also, don't consume anything for a few days after a root canal operation, and avoid chewing anything with that tooth.

If you think you have a failed Root Canal, we are here to help. Call the Endodontists at Shore Endodontics and we will bring you in for a consultation. We have two offices to serve you.

Learn more about saving your teeth.

Click here to Reserve Your Appointment
Scroll To Top